URCSA AND BELHAR
A PROPHETIC VIEW 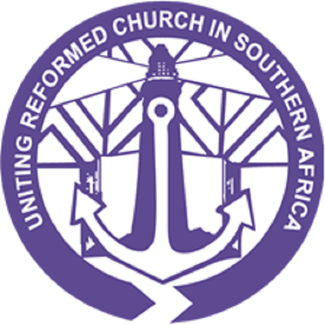 "My prayer is not for them alone. I pray also for those who will believe in me through their message, that all of them may be one…that they may be one as we are one… so that they may be brought to complete unity. Then the world will know that you sent me…” (Joh 17:20-26)

This is the passionate prayer Jesus pleaded to the Father shortly before He was crucified in the year 30. This prayer became that “pillar of cloud by day to guide the way and by night that pillar of fire, to give light” for His Church travelling through the centuries. Like the Exodus for Israel, the Exodus for the Church was no picnick, travelling through the desert, but God was “Jehovah Jireh”: He always provided in each situation. His substitute Lamb the Perfect Offering, Sustenance and Grace that was enough for His Church.

The Church was the perfect Image of the Grace and Power of Jesus at the time of the first Pentecost when it was Baptized by the Holy Spirit. However, “so quickly” (Gal.1:6), the mirror started to crack. As time progressed, more and more cracks appeared. In Jerusalem, a Church Conference tried to plaster over the cracks in making a compromise between the “grace” of the New Testament with some laws of the Old Testament (Act.15:11, 20-21), but to no avail. Then, on October 31st, 1517 the cracked mirror fell on the floor and started to shatter into many shards, making it impossible to recognise the Image of Jesus any more in Christianity as a unit.

But, before Adam starts to blame Eve and Eve the Serpent for the shattering of the Mirror, let us sit back and think for a moment. The Fire that came down at Pentecost DIVIDED and ignited each disciple individually. They started to “speak in tongues”, taking the Church right back to the Tower of Babel (Gen.11) And why Babel? The Bible answers:
“Come, let us go down and confuse their language so they will not understand each other." So, the LORD scattered them from there over all the earth, and they stopped building the city. That is why it was called Babel—because there the LORD confused the language of the whole world. From there the LORD scattered them over the face of the whole earth. (Gen.11:7-9)

When the Christ Mirror started to shatter and kept on breaking up into smaller pieces, the “cloud by day and fire by night” was still leading, albeit seemingly in different directions. God is truly Omnipresent, as Psalm 139 so faithfully testify. When God confused humanity at Babel He laid the foundation for different Tribes within One Humanity. That is what happened at Pentecost. The foundation was laid for different Denominations and Sects of the One Christianity.

Apostle Paul very aptly describes the different nuances in a congregation in Romans 12 when he describes the unity and diversity in this miniature Body of Christ. This must also be applied to Christianity as a whole. Currently Christianity speaks in many tongues. There are the different dialects of Roman Catholicism, different Orthodox dialects, different dialects in Reformed churches, too many dialects to identify in one post. In this confusion every “church” within the Greater Church has its own priests, carrying its own Ark of the Testimony and being led by its own pillar of “fire and cloud”.

We must just get ourselves skilled in crossing denominational borders and begin to see the bigger picture. Currently, Christianity is like a disassembled motor. All the parts are there, but it is useless to drive the Christ-concept home to a sceptical world, unless “bone and bone can come together, tendons, flesh and a skin appear, and eventually breath…” (Eze.37).

The year 2030 is looming. Hosea prophesied:
"Come, let us return to the LORD. He has torn us to pieces, but he will heal us; he has injured us, but he will bind up our wounds. AFTER TWO DAYS HE WILL REVIVE US; on the third day he will restore us, that we may live in his presence.” (Hos.6:1-2)

Two prophetic days equal 2000 tropical years (Ps.90:4) and 2000 years since the “tongues of fire divided and came to rest on each of them” takes us to the year 2030! The sands of time are running out for the Church to come to its senses and unite! 2000 years are equal to 40 jubilees of 50 years. 40 Jubilees of the Church’s Exodus through the wilderness! We entered the final Jubilee on the Day of Pentecost of the year 1980! Just 12 more years, then the trek through the desert will be over for Christianity and the Real Joshua will part the waters of the Real Jordan, and a United Reformed Christianity will walk through to the other side.

Yes, time is not on the side of human efforts. Fortunately, God is in control. As he says in Ecc.3:7 – “There’s a time to tear and a time to mend” and the time to mend is…NOW!

In His Wisdom, God created a miniature “Long walk to Freedom” of 40 actual years, within the greater “Long walk to Freedom” of 40x50 Jubilees of Christianity. This miniature Exodus started in the year 1982 in what was called the “Nederduitse Gereformeerde Sendingkerk” (Dutch Reformed Mission Church or DRMC). God inspired the Synod of the Church to commission dr. Allan Boezak, prof. Dirkie Smit, prof. Jaap Durant and ds. Gustav Bam to draw up a concept Confession, which was only accepted by the Synod of 1986 as the Belhar Confession.

But like Nehemiah experienced opposition to rebuilding the wall of Jerusalem, the opposition to Belhar was also fierce. The “Sanballats, Tobiahs, Geshems, Arabs and the rest of our enemies” (Neh.6:1) growled and threatened the Confession with death by crucifixion! 36 years after the concept Confession was drafted, it still could not reach its initial goal of uniting the Dutch Reformed Family of Churches.

There seem to be a problem, but the Uniting Reformed Church presses on, regardless. It reminds of Balaam not able to see the Angel standing in the way, in the process forging ahead by hitting his donkey, until God opened the donkey’s month… The rest is history, as they say.

The time has certainly come for the URCSA to rethink her strategies. Just think about it: 36 years have passed since Belhar was conceived and born in 1982. Only FOUR more years, then the 40 years of Exodus for Belhar will be over. WILL SHE CROSS HER JORDAN?

We can’t afford the luxury of “only time will tell!” The risen Jesus said to His disciples who thought they came to the end of the line: “Throw your net on the right side of the boat and you will find some.” (Joh.17:6) So, is there a difference between the left side and the right side of a boat? Yes! The difference is obedience! The difference is that the same human effort accompanied by listening to the Voice of our Skipper, will bring in such a big catch that the URCSA will not even be able to haul it in!

THE URCSA IS A NEHEMIAH PRECURSOR

That’s right. The URCSA is not Zerubbabel commissioned to rebuild the Temple. The URCSA is also not commissioned to build the wall around a Spiritual Jerusalem that will keep God’s Enemy out. No, Nehemiah is on his way and Zerubbabel is on his way. There’s another equally important job waiting for the URCSA. When Nehemiah came back to Jerusalem, the walls were down, but the foundations were intact. He just had to rebuild.

There’s a different obstacle in the way, before the building of the Spiritual Jerusalem Wall can commence. A certain Master Builder who “masquerades as an angel of light.” (2Cor.11:14) erected an Apartheids wall right where the Divine Surveyor marked out the wall of Jerusalem.

God wants to use the URCSA to remove that obstacle and lay the foundation for the new wall!

Eph.2:14 says: “For he himself is our peace, who has made the two groups one and has destroyed the barrier, the dividing wall of hostility.” Yes, make no mistake about that, Christ is the Master Demolisher, but He wants to employ the URCSA as his human representative! This is not a wall like the one around Jericho, which fell when the Israelites made a lot of noise! No, this wall will only fall under the noise made by the demolishing hammers placed by God in the hands of the URCSA.

Listen Church, the sweet but overwhelming sound of the demolishing hammers will only start to rock the world, when the four Apartheid Churches will grab each other’s arms in Justice, Peace and Reconciliation! Because… What a shame! God asked Moses to build a tabernacle according to a blueprint shown to him on the Mountain (Ex.25:40), with one altar, one holy, one most holy, one ark, one testimony, but then the Angel of fake light came along and produced four blueprints and fooled and blinded some of God’s most faithful worshipers into building four tabernacles: A white tabernacle, a brown tabernacle, a tan tabernacle and a black tabernacle, all founded on “outward appearance” instead of “looking at the heart” (Sam16:7) like God, who commissioned the Moses tabernacle!

So how must the Church go about discharging this divine duty? The answer lies in the divinely inspired logo of the URCSA – an incomplete circle! This incompleteness must be (and is) the reflection of, firstly, a unification process that is incomplete, hence the word “Uniting” in the title. However, in the second place and of premier importance, the Confession of Belhar must also be regarded as incomplete.

Yes, the Confession is written on the Rock and the Rock is Jesus, but… the URCSA underestimated the magnitude of its commission to become the principal Demolisher and Foundation Layer of a new wall for the spiritual City of Jerusalem, a City that will unite all the tribes, tongues and creeds of Christianity.

The “angel with great authority’s” mighty voice will soon resound over all of the earth: “Fallen, fallen is Babylon, the Great”! (Rev.18:1-2) The thousands of dialects within Christianity will be reduced to ONE Language: The Gospel of Jesus Christ, spoken in ONE Tabernacle and lead by ONE Ark of the Testimony.

At that moment, the voice of God will broadcast to all the corners of the earth: “For one people, speaking the same language, nothing they plan to do will be impossible for them.” (Gen11:6)

URCSA, God firmly placed the ball into your court. You will have to humble yourself before God, before he will lift you up. Go back to the round table of the Family of DRC Churches with an open mind and put Belhar on the agenda, as a DRAFT Confession. Allow the other members to also contribute to the draft, but never complete the circle, because the Confession in its “final” form, will again be just a draft for greater Christianity. Remember, we must just lay the foundation, we don’t build the wall. And don’t forget that Christ will sit at the head of that round table.

Don’t allow a Name for the New Church or a Name for a New Confession to become a stumbling block. Always keep in mind that we are just the first piece of a gigantic jigsaw puzzle, that will eventually become a shining mirror God wants to use to reflect Jesus Christ into the world.

URCSA, a humble donkey has spoken. Will you listen to a donkey and believe, or would you first like to “see the nail marks in his hands and put your hand into his side”, before you will realize that it was indeed God speaking and not really the donkey?