JUDAISM, CHRISTIANITY AND ISLAM
All Guilty of Spiritual Hijack! 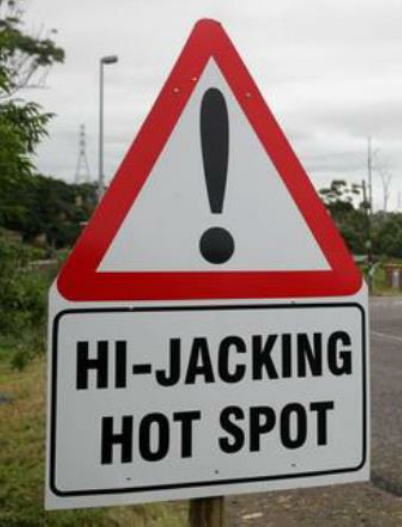 The ‘Religions of the Book’ are vying so fiercely for the number one spot on the religions parade, that they even resort to ‘hijacking’ to draw the attention of the world’s population to their brand of faith.

Each of these religions also claim God’s sole favor and proclaim their ‘Way’ as being the only way to God, with perhaps only Judaism being the most moderate of the three.

Together all the mainstreams, with their sub streams, constitute the great mansion in the sky. Let us have a very condensed look at these three religions individually.

They were set apart for two very special and pivotal reasons.
One read in 1Ki.12 about the twelve Tribes of Israel split up into North (Israel - the 10 Tribes) and South (Judah who assimilated Benjamin). After some years, Israel was exiled, never to return as circumcised in the flesh.
Then Judah had to carry the Name and the Flag of Israel through the years and through trial and tribulation into the Holocaust. Another very important piece of luggage the Jews carried with them on their long road to freedom was the priceless Torah and the rest of the Old Testament Scripture.

The Hijack: But then they made a bad error of judgment: Instead of calling themselves what they really are, (Judah or Jews as they are known today) they hijacked the title of ‘Israel’ for themselves, together with all the blessings that go with it (or so they may think!).

This is reminiscent of what Jacob did to Esau. (Gen.27)

They also named the piece of land that was ceded to them ‘Israel’ and carry on as if they are the one and only child of the Living God, even going as far as ignoring the human rights AND “boundary stones” (Deuteronomy 19:14.) of their fellow Palestinian Arab neighbors!

Make no mistake: The Jews BELONG in the Holy Land. Their ROOTS are firmly planted in the soil of the Holy Land. NOBODY is going to remove them from the Holy Land! But they must also remember that there are TWELVE Tribes of Israel and the Holy Land “cake” must be shared fair and equitable.

They originated from the 10 Northern Tribes called Israel, were exiled, never to come back as physically circumcised, but received the Holy Spirit on Pentecost and became the Spiritual Jews, better known as the Christians, with their bloody circumcision becoming spiritual (Romans 2:28-29 etc.) but substituted for the bloodless Baptism (Colossians 2:11-12).

They think they are being led by Jesus Christ, but as a matter of fact they are led by the Paraklaytos (John 16:5ff), one of the seven angels of the seven mainstream religions (Revelations 1:4,20).

They were set aside to proclaim the Gospel to the world, meaning they had to tell the world the ‘Good News’ of the Atonement Offering Jesus Christ made to reconcile the whole world (i.e. ALL humans, dead or alive from ALL religions, theistic as well as atheistic) with God, by the cancelling of all sin and Jesus, the ONLY way to God the Father (John 14:6).

Instead they erred grossly by proclaiming Christianity as the only true way, Baptism (immersion versus sprinkling) and the Eucharist as saving tools and their perception of God as the only true one, with all the others as false.

The Hijack: They hijacked the very essence of the Gospel and unlawfully took out patent rights on Jesus Christ, the Cross and the Resurrection! They must relinquish their false ‘gospels’ and instead preach a reconciled God with ALL religions and reconciliation between ALL religions.

They must preach that NOBODY can add anything to them being saved and EVERYBODY can please God by ‘surrendering’ (see ‘Muslim’ under Islam) their will and lives to God and living restrained lives that will reflect the cleansing attained by the True Gospel.

They were set aside to link the present era starting in Genesis 1:3 with the pre-Adam and Eve era of Genesis 1:1-2. They link the era of the reawakening of Adam through the Flood of Noah to the end-times, with the era of the birth of Adam to the death of Isa just prior and up to the Great Flood of Gen1:2 (the ‘dark’ or hidden era before the “light” of Gen.1:3).

The Quran refers to this person as Isa, whom Islam confuses with Jesus, but who is in fact Jesus’ Counterpart. Their Prophet Muhammad is the ‘seal (final) of the prophets’ which started with (the birth of) Adam.

There were altogether 39 chronological prophets in that ‘dark’ era, of which Isa was the last. The Koran mention 25 of these pre- Great Flood prophets. Then Muhammad arose and became the 40th and ‘seal’, linking that era with the ‘Baby’ (last) of the seven mainstream religions, namely Islam.

Muhammad is certainly NOT the seal of the Prophets of the present (light) era. The Bible is very clear about the person who will be revealed in the end-times, by the name of Antichrist or the False Prophet.

In about every religion this prophet is expected, albeit by another name. He surely will be a man with many hats! Islam certainly brought a very substantial dimension to the House of religions, although their teachers are at present not aware of the role they play in the bigger spiritual field.

Islam brought in Eid-Ul-Adha which is a very important universal feast in the sense that it remembers three very important milestones on the spiritual path of humanity:


The animals being slaughtered and offered on this Feast annually, is a prophetic pointer to the “great slaughter” (Isaiah 30:25) of humans that will take place during the ‘Great Tribulation’, that is coming on to this world very soon. After that prophecy is fulfilled, the offering of animals will soon cease in Islam.

The reason for this is the fact that they hijacked the term ‘Muslim’ and applied it to persons only that follows Islam and its five pillars. The true meaning of ‘Muslim’ is in fact ‘to surrender’.

This means that ANYBODY who surrender their will and life to whatever their perception of God is, are in fact Muslims. ‘Muslim’ distinguishes the true Follower from the hypocrites.

A Christian Muslim will be a Disciple of Christ, one who will not refrain from carrying their cross in this world and go to great lengths to be living examples of the Good News, in contrast with the ‘go with the stream’ Christians!

A Jewish Muslim will really stand out as truly devout, studying and applying the Law based on the love for God and their neighbor!

An Islam Muslim will really be in the front line of the peacemakers, giving essence to the Name that Islam represents and sharing the grace and compassion of the ‘Bismillah’ in emulating Allah and, like Christians and Jews, apply the ‘Jihad’ ONLY “……against the spiritual forces of evil in the heavenly realms.” (Ephesians 6:12) and NEVER against “flesh and blood”!

And so, the entitlement of Muslim must be practiced in every religion and sub stream in the world. Even atheists and agnostics are Muslims if they adhere to and apply the flip-sides of The Golden Rule in their lives, for this Rule “… sums up the Law and the Prophets.” (Mat.7:12).